One of the Largest Problems in Industry Today is MISALIGNMENT, Which Can Cost Rotational Equipment 50% – 70% of Its Life!!

ATRA-FLEX® Elastomeric Flexible couplings will help save your operation money! 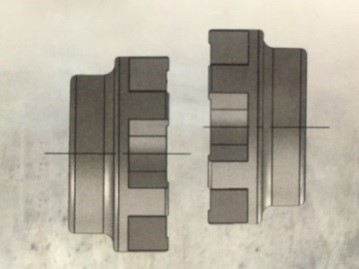 ATRA-FLEX® Inserts allows the rocking and sliding action of the hubs under an angular misalignment, without any loss of power through the resilient adiprene insert.

A flexible coupling is not designed to compensate for excessive misalignment. Its purpose is to permit slight movement of pump or driver shafts or any driven equipment while transmitting power. Excess misalignment can cause short coupling life due to sliding and working action of coupling connectors. Modern machinery operates at ever increasing speeds; even minor alignment errors lead to high vibration on bearing loads resulting in machinery damage and production downtime.

What is Misalignment and Why is it Important?

For a flexible coupling to accept both parallel and angular misalignment there must be at least two points where the coupling can flex to accommodate the misalignment condition. Measuring in the horizontal and vertical planes produces four deviations, each of which must be within the specified tolerance values.

Take the largest of these four deviations, measured in microns, and divide by the axial distance between the points of power transmission, measured in mm; this gives the maximum deviation in microns/mm.

There are three factors that influence alignment in rotating machinery:

The Benefits of Alignment

***A Series Coupling only

If you should exceed our alignment tolerances (which is the maximum your equipment should be subjected to without substantial loss of equipment life) the ring will walk off the insert to physically indicate a gross misalignment. Correct the misalignment and the ring will stay in place. At that time, you have guaranteed yourself maximum life out of your rotational equipment which equals = $$$$ Dollars $$$ Saved!!!